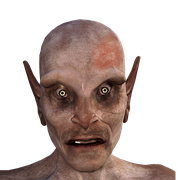 The Internet – While many people fear the government will come to their house and take their guns away from them, there is no evidence that this will happen. However, there is a group which is planning to remove guns from homes, and that group is wendigos.

Wendigos, who are often considered to be monsters because of their insatiable appetite for human flesh, are fed up with the constant stream of gun violence within American society, and have decided as a group that they must do something about it. Billy Braineater, president of the Greater North American Wendigo Society (GNAWS), had this to say about the matter: “This wanton destruction of human life which we have observed through monitoring news outlets is deeply disturbing, because if it continues then there may be so few living humans remaining that there will be none left for us. So we must, as a method of self-preservation, find and destroy all human guns in order to keep the bodies fresh.”

Braineater went on to explain how wendigos have learned how to sniff out guns throughout the years, and they can smell for miles, so if you have a gun in your house they will be able to find it. Also, while the intention is only to go for the guns, if a wendigo sees a human while gun-hunting there is no guarantee that instincts and urges won’t take over, thus resulting in a dead, devoured human. It would be tragic, but nothing could be done about it except maybe not having a gun.

According to the NRA, which knows nothing about wendigos, this decision by GNAWS is all the more reason for people to buy guns in order to defend themselves against the supernatural threat.

At the time of this writing, Braineater was looking up information about Wayne LaPierre and other gun advocates so wendigos could go after them first.