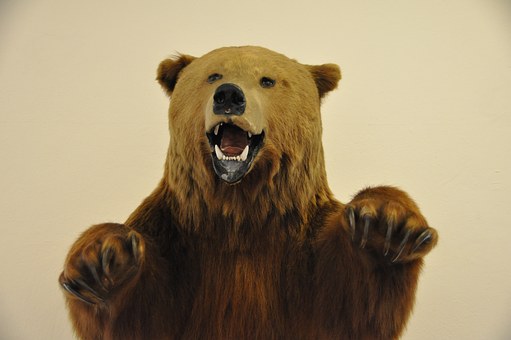 The Internet – The vote to confirm Betsy DeVos for Secretary of Education has been postponed indefinitely due to the possibility of grizzly bear attacks. While preventing this totally qualified nominee from assuming this position can be seen as a national embarrassment, what must be done must be done. For safety’s sake.

If any grizzly bears were watching the confirmation hearings, then they likely would have been offended by Mrs. DeVos’s statements about needing to shoot grizzly bears. In addition to the umbrage, these bears might fear for their own safety, and then they could feel the only way to protect themselves is to attack Betsy DeVos  wherever she would be doing the things Secretaries of Education do. Except not quite those things, because her demonstrated lack of faith in public education suggests a radically different approach to the job.

Many people, especially people on the internet, are looking forward to Blackwater founder Erik Prince’s sister getting her billionaire hands on the education system, but unfortunately for these people she will not get to do so, due to the aforementioned grizzly bears. If fences are insufficient to keep bears away from Wyoming schools when the children did nothing to anger the grizzlies, no amount of protective barriers will be enough to keep out self-defensive ursine marauders. And even if Mrs. DeVos is allowed to keep a gun at her desk, constantly having to shoot grizzly bears would be a significant distraction. And if she has to work among others, then she would have to put those others in danger. Additionally, the bears might blame Donald Trump for the DeVos appointment and therefore potentially try to assassinate him, which leaves no other option than to postpone the nomination process until the grizzly problem can be solved or a suitable replacement can be found.

Perhaps someone somewhere is at least as qualified to be Secretary of Education as Betsy DeVos is. Maybe Ben Carson, who should be able to take a shot after the Senate grows a brain and rejects him for the Housing and Urban Development position.