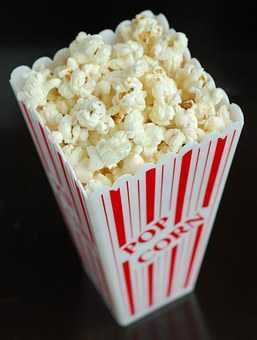 The Internet – According to totally reliable sources, sources so real that they are only giving their information to TotesRealNews, Donald Trump is too excited about angrily watching the Academy Awards tonight to do anything presidential today except playing golf. He is going to let unelected maniac Steve Bannon concentrate on policy, which Mr. Trump insists is not usually the case, while the president plans tweets in response to various potential outcomes in tonight’s awards show.

According to the reliable sources, if La La Land wins, Trump plans to tweet that the Oscars are rigged in favor of people who can sing, because anyone who has seen Donald Trump attempt to sing the Green Acres theme song knows that the president is not musically inclined. If Arrival wins, he plans on framing the victory of this anti-xenophobia film as insulting to Trump’s message of America first. If Fences wins the golden statue, he plans on condemning this movie with an ex-con protagonist as being against law and order. Hell or High Water can also be seen as sympathetic toward criminals, which Trump plan to spin as insulting toward law enforcement. If Lion, a foreign film, wins then this is obviously rigged against movies made by Americans. If Hacksaw Ridge wins, then the Oscars must be rigged to promote compassion, which Mr. Trump has repeatedly shown himself to be against. As for Manchester By The Sea, Trump says it should not win because it is “Sad!” If Moonlight wins, that will be seen as a statement in favor of making people in the LGBTQ community seem human, which the Trump Administration is obviously not in favor of. And Mr. Trump is still thinking of why he will be mad if Hidden Figures wins, but he is sure he will be.

Mr. Trump is also looking forward to angrily tweeting about the award acceptance speeches, which will almost certainly be highly critical of the new president. He expects himself to call at least a few people “overrated” and “not very good” and maybe even some new original insults. While many are saying Trump is genuinely upset by the negative statements about him, the aforementioned reliable sources are saying he secretly loves it, and the reason why he’s skipping the White House Correspondents’ Dinner is because he doesn’t want the public to see him being so happy.

Mr. Trump is also said to be planning a tweet at the Babadook, to rub in the fact that the movie didn’t even get nominated for any Oscars, and then hopefully drum up more attention for himself through another Twitter war.

Donald Trump is not said to be thinking about what might happen if he put as much effort into being a decent leader as he puts into his reactions to the things he sees on television.