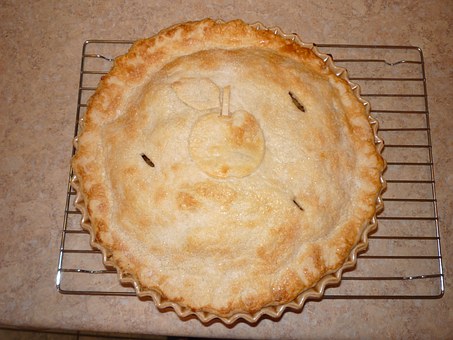 The Internet — Inspired by recent statements made by the President of the United States suggesting TV ratings are the most important thing in the world, the Apple Corporation has fired Tim Cook as CEO and replaced him with celebrity chef Gordon Ramsay.

According to a statement put out by the Apple Board of Directors, Mr. Cook had not done anything actually wrong to merit his dismissal. His steady, competent leadership style kept the company successful, but he didn’t bring in the TV viewers. The audience for Apple product launches consisted almost exclusively of people already interested in buying Apple products, not people who tuned in to laugh and cry and shake their heads at Tim Cook’s zany antics, because Tim Cook doesn’t do zany antics. And therefore, the Board of Directors demanded a change.

The new CEO is a reality television star with no significant experience in the technology or mega-corporate leadership fields, but this is not seen as a problem because the US President is similarly unqualified and still gets great TV ratings. It also may have been an issue if Mr. Ramsay had to quit his other job, since he made a lot more money shouting at aspiring chefs and other unfortunate victims than he can expect in salary as a CEO, but this will not be necessary. Mr. Cook is expected to be rehired to do the actual running of the company, while Mr. Ramsay will speak at product launches and other important events on days off from filming Hell’s Kitchen and various other shows in which he has demonstrated the all-important ability to attract viewers.

As CEO, his schedule will not be as busy as might be assumed. This is because product placements in his shows, which will be guaranteed viral thanks to Apple’s digital marketing team, can double as product launches. One possible example would involve Mr. Ramsay berating a flawed kitchen employee, pointing to his new Apple Watch and shouting something along the lines of: “You know what time it is? It’s time for you to f***ing learn how to make a steak. If you do that then maybe you’d be able to get a bloody job and be able to buy this new watch available to the public tomorrow with a lot of great new features, which is something your steak doesn’t have unless you made it intentionally terrible so everyone would get out of the restaurant and wait on line overnight to get the watch before they run out. And I am running out of patience with you, and it’s not like I have a bloody charger to restore my patience like the Apple Watch Charger, which is available for less than a price of an actual good steak, can restore f***ing batteries.”

Except probably with more profanity.

Since the news has been written on the internet, Gordon Ramsay is definitely going to be the new Apple CEO, and this TotesReal announcement is not expected to cause Apple stock to plummet.

And absolutely nobody will be called a sellout for this. Words on the internet have decreed it, and thus it is true.