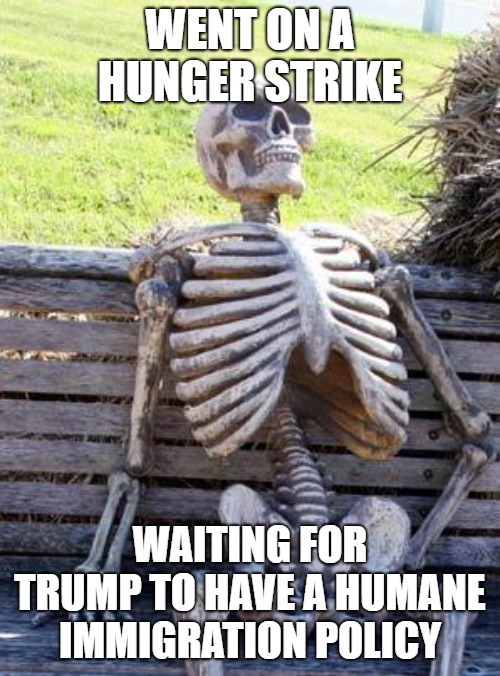 And since no one in Trump’s orbit has any creative abilities which extend to poetry, except maybe Kanye who would make it all about himself, the Trump team turned to the Mean Poet’s Society to write something which might might be deemed appropriate to be placed on a plaque at the base of the Statue of Liberty. The Mean Poet’s Society was offered 20 dollars and a photo op for their efforts, and instead of laughing at the offer they declined the photo and came up with this:

The tired and poor should stay home and die
Thirst shall be quenched with the tears they will cry
Masses who huddle ‘round here should take hikes
No more roads of gold, soon streets will have spikes
The country’s full – more crowded than Sweden
We will just let those who will succeed in
Who will succeed? The rich and the white ones
The ones Donald Trump thinks are the right ones
For what Trump believes – the hatred he spews
Matters much more than majority views
The evil has landed, and it is us
All who dissent shall go under the bus
Praise to Donald Trump, destroyer of dreams
He laughs at your plight and ignores your screams

Trump staffers are currently conflicted about whether this is an insult or an accurate summation of their philosophy. With the difference often coming from how much they bothered to read. But none of them have come to the conclusion that it is both.